1 Corinthians 6:9-11 – The Unrighteous Will Not Inherit the Kingdom of God 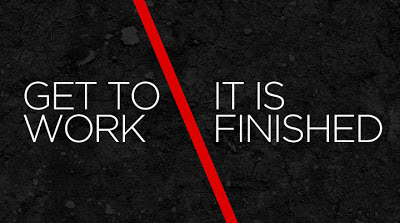 Dear J–,
The passage that you have asked me to explain (1 Cor. 6:9-11) is one which I used to quote frequently and fondly as a non-Christian. In fact, it may have been the most important verse to me as a non-Christian. God mercifully brought me to the place of understanding His grace when I was 21, but before that I was zealous for God without knowledge, seeking to establish my own righteousness, and open air preaching in my hometown and across the United States a message that I thought was God’s gospel. This passage was actually the one I would preach on the most. It seemed so clear to me: the unrighteous will not inherit the kingdom of God. Those who do such things will not inherit God’s kingdom. I would preach against sin (against the sins listed in this passage by name) and would tell people to turn from their sins if they wanted to be saved. That is the simple logic of this passage, isn’t it? If you do these things you won’t be saved, so you had better not do them. I would preach that Jesus died on the cross so that our sins could be forgiven. He was necessary: because of His atonement we can be saved if we turn from our sins. If He hadn’t died no amount of turning from our sins would help us. This is because of our stained past record. Something had to be done about the sins we had already committed. Through the blood of Christ God can forgive us of our past sins if we turn from our sins today and stop being unrighteous in the present. If we happen to sin again in the future, we just needed to repent of it and then the blood of Christ will cleanse us afresh. The trick was to die cleansed and righteous. In this way we can inherit the kingdom of God. I was convinced that this was the faithful interpretation of 1 Corinthians 6:9-11, taking in all of its parts, and that I was not going to be “deceived” by those who said you could sin and still be saved. My preaching was on the authority of the New Testament, from none other than the apostle Paul himself.
I knew that Paul’s writings (particularly Romans and Galatians) were chiefly used to defend the idea of “righteousness through faith without works” by others, but I believed that 1 Corinthians 6:9-11 proved that the idea of “salvation by grace without works” was a misinterpretation of Paul. Of course I had to do something with those writings of Paul that spoke about grace without works, but based on 1 Corinthians 6:9-11 I took those writings with a grain of salt, believing that Paul was just speaking about the ceremonial works of the law which we didn’t need to do to be saved, since Christ fulfilled them all (the Substance fulfilled the shadows). I couldn’t accept that Paul meant even good moral works. 1 Corinthians 6:9-11 sealed, for me, my interpretation. I would not be deceived.
But, God be praised, I was delivered from my deception. God allowed me to take an honest look at myself in the light of my own preaching and I saw that if what I was preaching was true, then I was an unrighteous man headed for, not the kingdom of God, but hell. If what I believed about 1 Corinthians 6:9-11 was true, that Paul is saying that we must be righteous by our own moral works in order to inherit the kingdom of God, then I had no hope. Yet even in my spiritual agony I still believed my interpretation of 1 Corinthians 6:9-11 was true. I felt that I was excluded from the kingdom of God, but surely there were Christians in this world who were succeeding and doing it. I was just not one of them. Notice how my eyes were on the righteousnesses of myself and others, and not on Christ. Christ was in the background. He had done His part, for which I was thankful. But He could not do anything more for me at this point (besides aiding as an incentive), because it was now I who needed to turn from my sins in order to make His atonement effective in my life. But would I do it? Would I turn from my sins and work righteousness before God? I felt myself to be helpless. I felt myself to be a slave to sin, unable to overcome sin, just like in Romans 7. I had failed. I had failed to utilize this opportunity that God through Christ had so freely and graciously given to the world of sinners. I knew I was doomed.
This was the horrendous place that my naïve interpretation of 1 Corinthians 6:9-11 had landed me. It was in this dark place that God revealed the true meaning of the cross of Christ to me, shattered my phony Christianity and introduced me to the glorious truth of the gospel of His Son. Righteousness through faith apart from works! Here’s how I described my conversion elsewhere:

Then one night, as I was laying in bed, feeling the full weight of my guilt upon me, the first line of the song “In Christ Alone” passed through my mind. “In Christ alone, my hope is found.” It very gently but suddenly dawned on me that in all reality my soul’s hope had never really been in Christ, but in myself, and that I had always hoped that I was worthy enough to receive eternal life. Another revelation suddenly swept over me: Christ had died for me while I was a sinner… He loved me even though He knew exactly what kind of person I was, and how unworthy I was. I had always professed that I was a sinner, but when I finally realized how bad a sinner I was I despaired that God loved me. That night I realized that God loved me, a bad sinner, and the cross was proof of that. I had never seen this before, even though I had believed in the fact that Christ had died on the cross for my sins; but I had never truly understood the real meaning of that fact, and what it revealed about God’s attitude toward me. That night it was as if the Father gently spoke to me, saying: “Eli, you’ve been begging me to have mercy on you for weeks and weeks, and you’ve been doing this… because you don’t even know who I am. For if you really knew me, you wouldn’t need to beg.”

Without any effort, this wonderful news displaced my shame and guilt, and the great burden that was putting pressure on my chest immediately lifted. As the truth of God’s grace came in, the fear of hell went out, and I knew I was forgiven. God’s forgiving heart toward me was revealed to me from the fact that Christ died for me. I trusted in it and found peace. God counted me as righteous that very night, not because I was a good person, but because Christ had died for my sins, and I trusted in His grace revealed to me through His only begotten Son. This is the good news! “Therefore being justified through faith, we have peace with God through our Lord Jesus Christ.” (Romans 5:1)