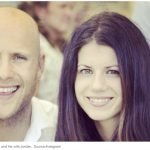 Gary Ablett cried himself to sleep one night before waking at 1am with a sudden urge to switch on the television. 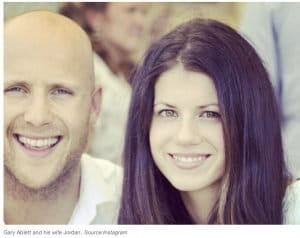 He’s won two grand finals, two Brownlow Medals and a host of other accolades on the biggest stages but the most important day of Gary Ablett’s life happened in a share house in Torquay when he was just 21.

Just beginning to emerge from his father’s sizeable shadow in his early days at Geelong, Ablett’s on-field success was in contrast to where he found himself in his personal life.

So a young man who had been raised in a Christian home before drifting away from the church in his teens decided to pray.

“I had a very powerful experience,” the recently-retired AFL great reveals in his just-released autobiography.

“At that time, my football career was beginning to take off and I was finally finding my feet as a regular part of the Geelong line-up.

“There were three particular areas in my life that were really overwhelming me.

“This night, I was lying in bed and crying, which prompted me to pray to God, ‘If you’re real, I need your help, because I’m really struggling’. My prayer was as short as that.Ablett drifted off to sleep before suddenly waking around 1am “feeling unsettled”.

“I remember sitting up in bed before deciding to go downstairs and watch TV,” he writes.

“I turned the TV on and hadn’t even had time to change the channel before a Christian show began.

“I thought to myself, ‘OK, this is interesting’. Straight away the program touched on one of the very things I was struggling with, and it made me think back to the words I prayed.

“The program rolled straight into another show that touched on the second thing that I was really struggling with.

“Then, no exaggeration, a third show followed, and that one addressed my other worry. Three shows in a row had covered the problems that had been troubling me. I was absolutely buzzing. I just couldn’t believe it.”

“There had been previous times in my life where I had prayed, and then circumstances had changed,” he continues.

“But I would question whether that meant that God was involved or whether it was merely a coincidence.

“But that night, as my simple prayer was answered, the series of events led me to truly believe that God was speaking directly to me.

“It was transformational and became a real turning point in my life.

“From that point, I began not just reading the Bible, but studying it, because I wanted to learn and understand more about God and his character, rather than relying on other people to tell me.

“It was initially comforting to know I had someone there who was never going to let me down, who was always going to be there for me no matter what.”

Ablett discusses his faith at length in Gary Ablett: An Autobiography which was released Thursday.

His father told the Herald Sun last week seeing Ablett develop his own relationship with God meant “more to me than anything he’s achieved on the football field”.

“I always tried to make it clear to my children that it’s OK to want to do well in your profession, but it’s more important to understand that your self-worth isn’t based on how you perform at work, it’s in who you are as children of God and as sons and daughters of their heavenly Father,” Ablett Sr said.

“I tried to lay that foundation for them very early and I do think that has helped them to know that they’re loved for who they are, not what they do.

“After I came to know the Lord, it was great for me to be able to introduce my four children, at a very young age, to the Lord Jesus Christ and to see them form their own relationship with God.

“To see that develop in Gary’s life over the years has been a tremendous pleasure.

“Even through the struggles, the pain and the heartache we experience in this life, to know they’re anchored to the Lord Jesus Christ and that they have that eternal security is very important to me.”

Gary Ablett prays with his teammates before a game with the Suns.Source:Instagram

Ablett’s Christian walk progressed during his time with the Gold Coast Suns, where he had several Christian teammates.

“I believe a big part of that development in me has come from studying who God says I am and actually believing it,” he wrote.

“I know that God has blessed me with an ability, and with that has provided a platform.

“I just want to make sure that I’m using what I’ve been given to be a tool for God’s purpose and to help and love others.”

Gary Ablett: An Autobiography, published by Hardie Grant, is out now.