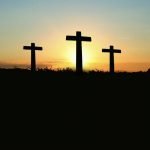 MADE ALIVE IN CHRIST

Prior to our being saved, scriptures tell us that we were dead. How could I be dead when I was alive you might ask. Well, you were physically alive but you were spiritually dead.
Ephesians 2:1-3 says:
1 And you were dead in your trespasses and sins,
2 in which you formerly walked according to the course of this world, according to the prince of the power of the air, of the spirit that is now working in the sons of disobedience.
3 Among them we too all formerly lived in the lusts of our flesh, indulging the desires of the flesh and of the mind, and were by nature children of wrath, even as the rest.
We were stuck in our trespasses and sins from which we had no relief. Day and night we lived in sin, and we had no idea of what our condition was because we were blinded. Verse 2 tells us that we lived according to the course of this world. What is the course of this world? The world is living under a curse.
Genesis 3:17-18 says:
17 Then to Adam He said, “Because you have listened to the voice of your wife, and have eaten from the tree about which I commanded you, saying, ‘You shall not eat from it’;
18 Cursed is the ground because of you; In toil you will eat of it All the days of your life. “Both thorns and thistles it shall grow for you; And you will eat the plants of the field;
We were living in a sin-soaked cursed world, and verse 2 tells us that we were under the rule of the Prince of the power of the air, who is none other than Satan himself.
Ephesians 6:12 say:
For our struggle is not against flesh and blood, but against the rulers, against the powers, against the world forces of this darkness, against the spiritual forces of wickedness in the heavenly places.
We lived in the lusts that our flesh produced, which were initiated through our fleshly minds, and we had the sentence of God’s wrath upon us. But God in His mercy and love, even though our condition was hopeless, made us alive in Christ Jesus.
Ephesians 2:4-6 says:
4 But God, being rich in mercy, because of His great love with which He loved us,
5 even when we were dead in our transgressions, made us alive together with Christ (by grace you have been saved ).
6 and raised us up with Him, and seated us with Him in the heavenly places in Christ Jesus.
Verse 6 tells us that God has raised us up. What does that mean, I’m still down here aren’t I? Well God’s perspective of us is different from our own. He does not see us as we see us. God sees us as:
Being blessed with every spiritual blessing Eph 1:3
A new creation in Christ 2 Cor 5:17
Being sealed with the Holy Spirit Eph 1:3
Adopted sons of God Eph 1:5
Being conformed to Christ Likeness Rom 8:29
Being sanctified 1 Corinthians 1:2
Being justified Romans 3:24
Being glorified Romans 8:30
This is known as “Positional Truth”. God sees us in a glorified state. He sees us as dying on the cross with Christ 2000 years ago and being raised with Christ from the dead (Romans 6:3-5).
We have been raised up with Christ according to Ephesians 2:6, and we have been seated with Him in heavenly places.
That’s God’s perspective of us, and God desires that His perspective be our perspective also.
Colossians 3:1-2 says:
1 Therefore if you have been raised up with Christ, keep seeking the things above, where Christ is, seated at the right hand of God.
2 Set your mind on the things above, not on the things that are on earth.
We are to be consistently setting our minds on things above. What are the things above? Well, they are things that are found in scripture.
Philippians 4:8 says:
Finally, brethren, whatever is true, whatever is honorable, whatever is right, whatever is pure, whatever is lovely, whatever is of good repute, if there is any excellence and if anything worthy of praise, dwell on these things.
These are the things that Paul taught to the believers living at Philippi. Things that are found in the word of God.
Philippians 4:9 says:
The things you have learned and received and heard and seen in me, practice these things, and the God of peace will be with you.
KEEP LOOKING UP (Titus 2:13)
GOD BLESS – FRED Fred Trokie’s Daily Encouragements
Please follow and like us:

Lauren Daigle - Trust In You (Live)